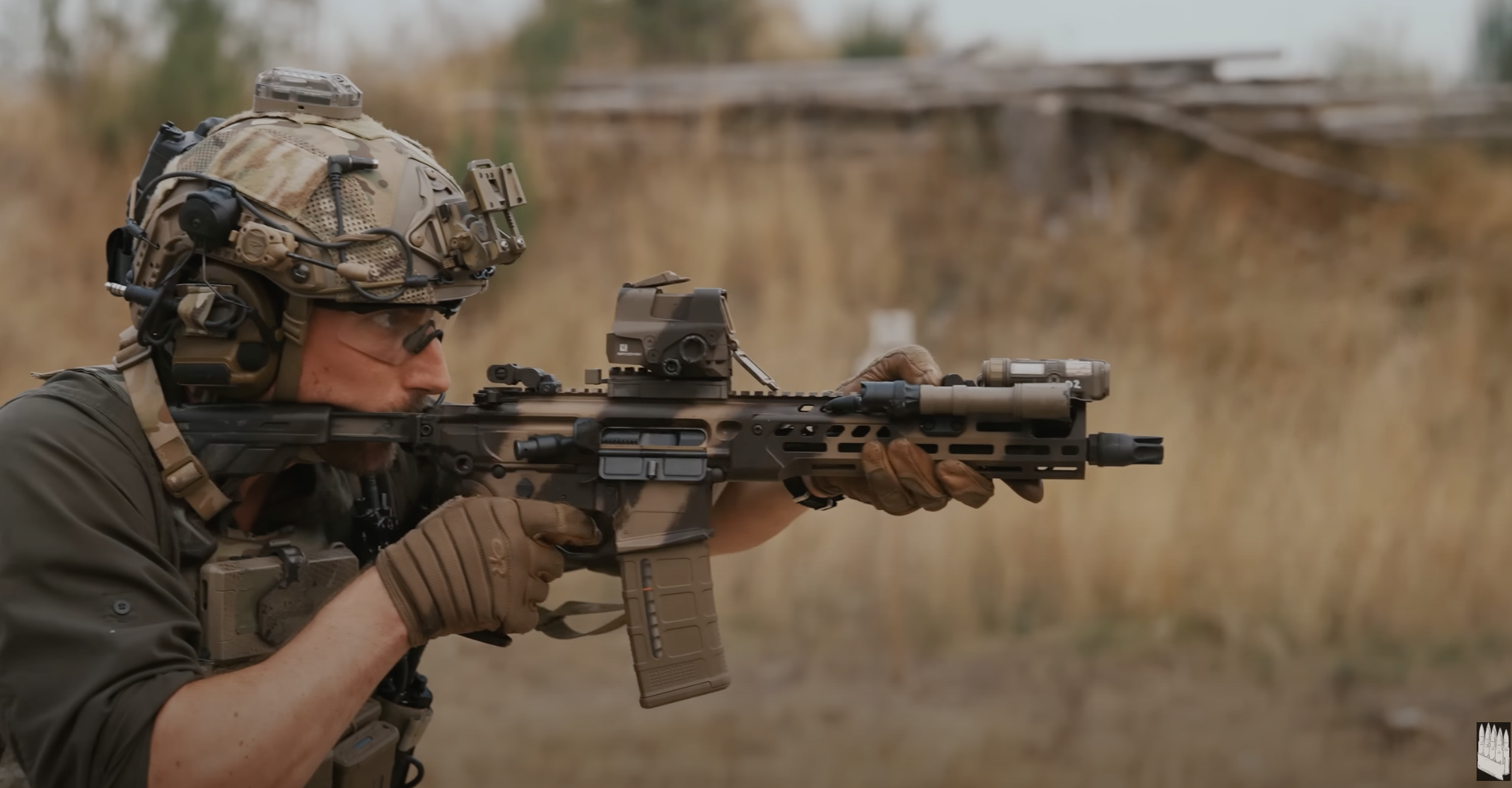 This morning Sig Sauer announced the 3rd iteration of the MCX line with the new SPEAR-LT. The second generation MCX with the -TAP part number (labeled VIRTUS on the commercial market) was a bit on the heavy side and could reach about 10lbs with an optic and light installed in a 16-inch configuration. The 3rd Generation SPEAR-LT's name hints to addressing that being more focused on lightweight. Comparing a 16" VIRTUS to a 16" SPEAR-LT you will save about 1.25lbs.

The MCX SPEAR-LT will feature the same Ambi mag release and safety selector, but will now have an ambi-bolt release integrated into the lower receiver. 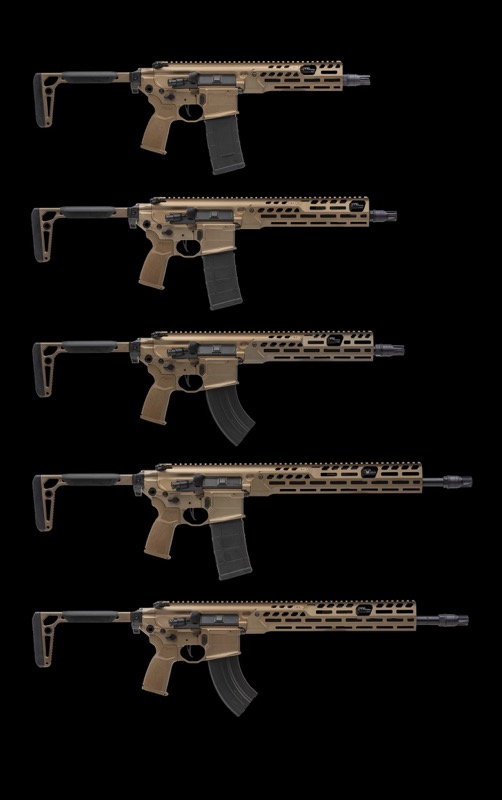 The MCX SPEAR-LT will have 3 caliber options: 5.56mm NATO, .300 Blackout, and (new) 7.62x39mm. While we're glad to see 7.62x39mm finally available after the death of the SIG 556R, it's unfortunate that it comes after most of the supply of inexpensive steel case ammo has mostly dried up. These 3 calibers will be available in Pistol and SBR format. The rifles are only available in 7.62x39 and 5.56mm NATO only. The SBRs will get the same side-folder stock as the rifle while the pistol will have a picatinny rail only. No arm braces will be available as a pre-installed option. You can use the same brace options that were found on the Virtus. The only stock option will be the side-folder as pictured.

You can also choose any color you want on your MCX SPEAR-LT as long as it's FDE. That is for the commercial market. It's likely that the law enforcement side will get a black variant for duty use. All of the LE MCX with the -TAP part number (the Virtus equalivent) were black instead of the grey finish on commercial units.

Capacity will be 30 Rounds for both .300 Blackout and 5.56mm NATO. The factory magazines appear to be MAGPUL as it was found on the VIRTUS models. The 7.62x39mm will come in the form of 28rd stainless steel magazines supplied by Duramag. While you can use a 30rd variant from Duramag it adds about 2 inches to the magazine for only 2 more rounds and these longer mags may not fit well in some existing mag pounch and chest rig setups. The extra two inches is apparently required for functionality due to the non-linear curve of the 7.62x39 AR magazines.

We expect to see the MCX SPEAR-LT Upper Receiver kits at some point. These uppers will drop on your current MCX lower receiver. Current MCX Virtus upper receiver kits were all black, but it's not yet known if those eventual kits will be black or FDE.

Can you put a SPEAR-LT barrel assembly into your MCX Virtus? Yes. The barrel assembly will drop in and you can use the new handguard, but it will require some light modifications to the handguard. Apparently this can be done with some basic tools, but it will not be plug-and-play. The VIRTUS handguard would come out with a single pin for quick barrel changes. My understanding is that this new handguard also has some set screws so it's a bit more work to change out the handguard and barrel.

This topic will make a lot of people happy. On VIRTUS models you either had to use the SIG trigger or change out the bolt carrier with the -GEI part number for to use a Geissele or other approved trigger. The SPEAR-LT is now fully compatible with your AR trigger groups so there's nothing additional you need to purchase to make it work. This is a very attractive change that everyone will welcome.

We haven't received any of MCX SPEAR-LT in any configuration. Once we do they will be listed on our webstore where you can purchase or sign up for an In-Stock notification email once the next delivery arrives. We expect to receive the first units fairly soon on the commercial side, but there's no word on the LE models.