1955 was a year to remember for so many. Churchill pulled chocks and passed the torch to Anthony Eden and Ed Sullivan was a staple on television sets which now sat in about fifty percent of homes across the country. Technology was quickly advancing; the cars and motorcycles coming out of the auto/moto industry were absolute brilliant pieces of machinery and are sought after still to this day for their craftsmanship and personality. 1955 also happened to be the year one of the most revered pistols of all time was designed and put into production; the Colt Python.

Originally designed to run .38 special, the Python would be a heavy duty combat and target revolver. It was based on Colt’s already successful I-frame which most people at the time associated with their Trooper model. Luckily someone in the head shed at Colt figured that for as much as this design is going to weigh(slightly under 3lbs), they ought to up the caliber a little. Coincidentally, Smith and Wesson had put out the Model 29 in .44 magnum the same year. Yes, you’re thinking of the right one, the Dirty Harry gun. Well, Colt still dared to be different while moving up to the magnum table and went with a little less potent but not as insufferable to shoot, .357 magnum. You were still able to fire .38 special but for law enforcement and the military, Colt’s target consumer, you could have the extra thump of the magnum cartridge. It was given its first moniker, the “Combat Magnum”, which luckily didn’t stick, and was originally offered with the option of a 2.5, 3, 4, 6 or 8 inch barrel. Aside from that, each Python was hand fit and finished to the highest quality that Colt was known for in their revolvers. 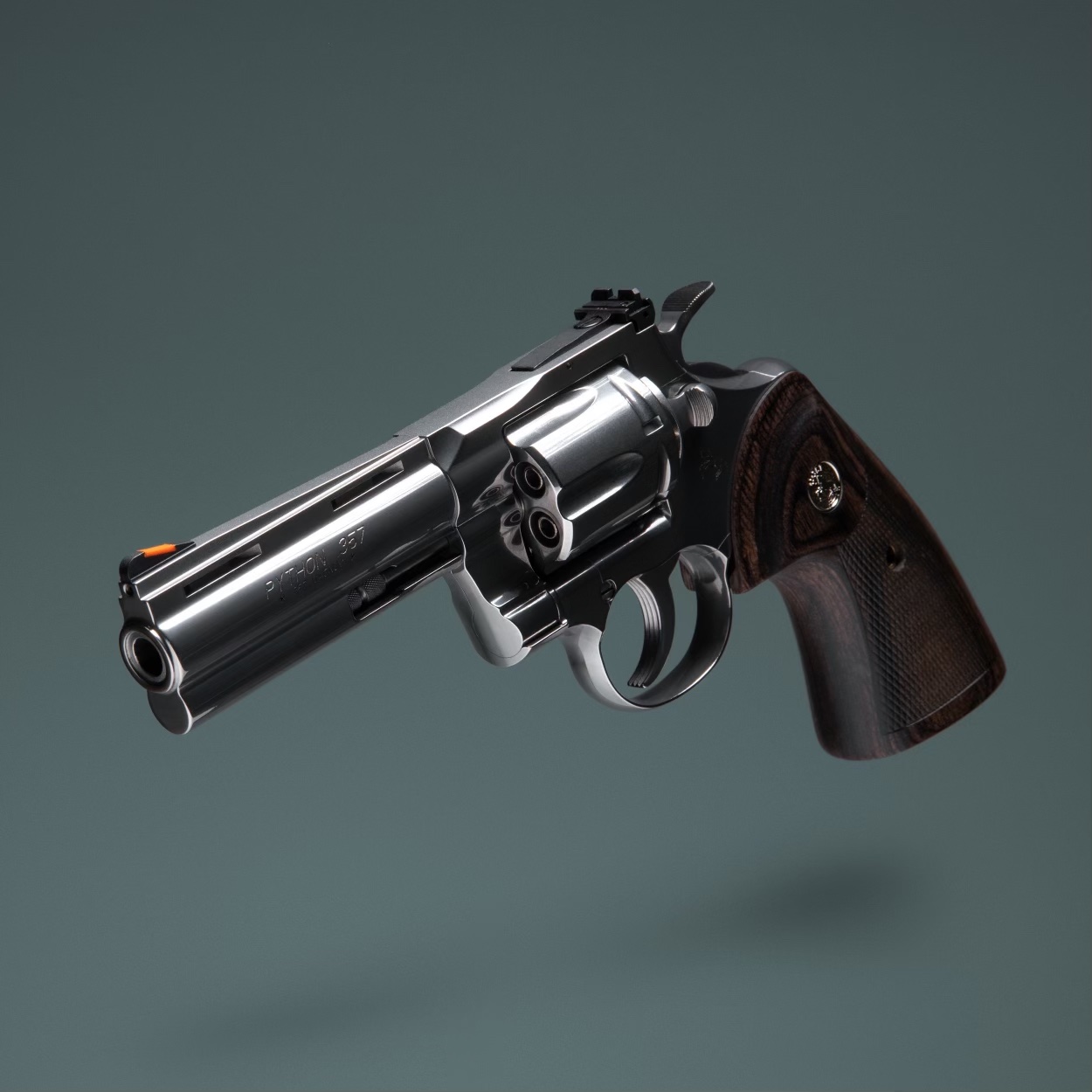 If you’ve ever had the chance to even hold a Colt Python, let alone shoot one, you should remember instantly feeling the craftsmanship put into the gun. The lock-up is tighter than anything else of its time. The mechanics all work in sequence to smoothly click each piece into that massive chunk of steel with ease and authority. There is essentially no slop in the gun whatsoever. Even in some of the high end Smith and Wessons of the time, you could find a small amount of wobble or play in the lock-up. Not in the Python, though. It’s that extreme attention to detail and perfection that may have subsequently led to the death of Colt’s snake guns, of which alongside the Python were the Diamondback, King Cobra and Anaconda. It certainly wasn’t cheap to produce these guns that could be described as the swiss timepieces of the gun world. Making such an expensive gun would be like using coal and fire to light lighthouses still; sure you can do it, but who’s gonna pay for it all? There’s a market for expensive firearms but admittedly, Colt has never been overly successful with marketing to general consumers. From their origins, they’ve set out to get military and LE contracts, and that’s what they did for a long, long time. The figurative(and I guess literal, or at least fiscal) downfall of that business model will have to be saved for another time. Colt ended up cutting the head off the snake in 1999 with only custom orders for the Python being made up until 2005. 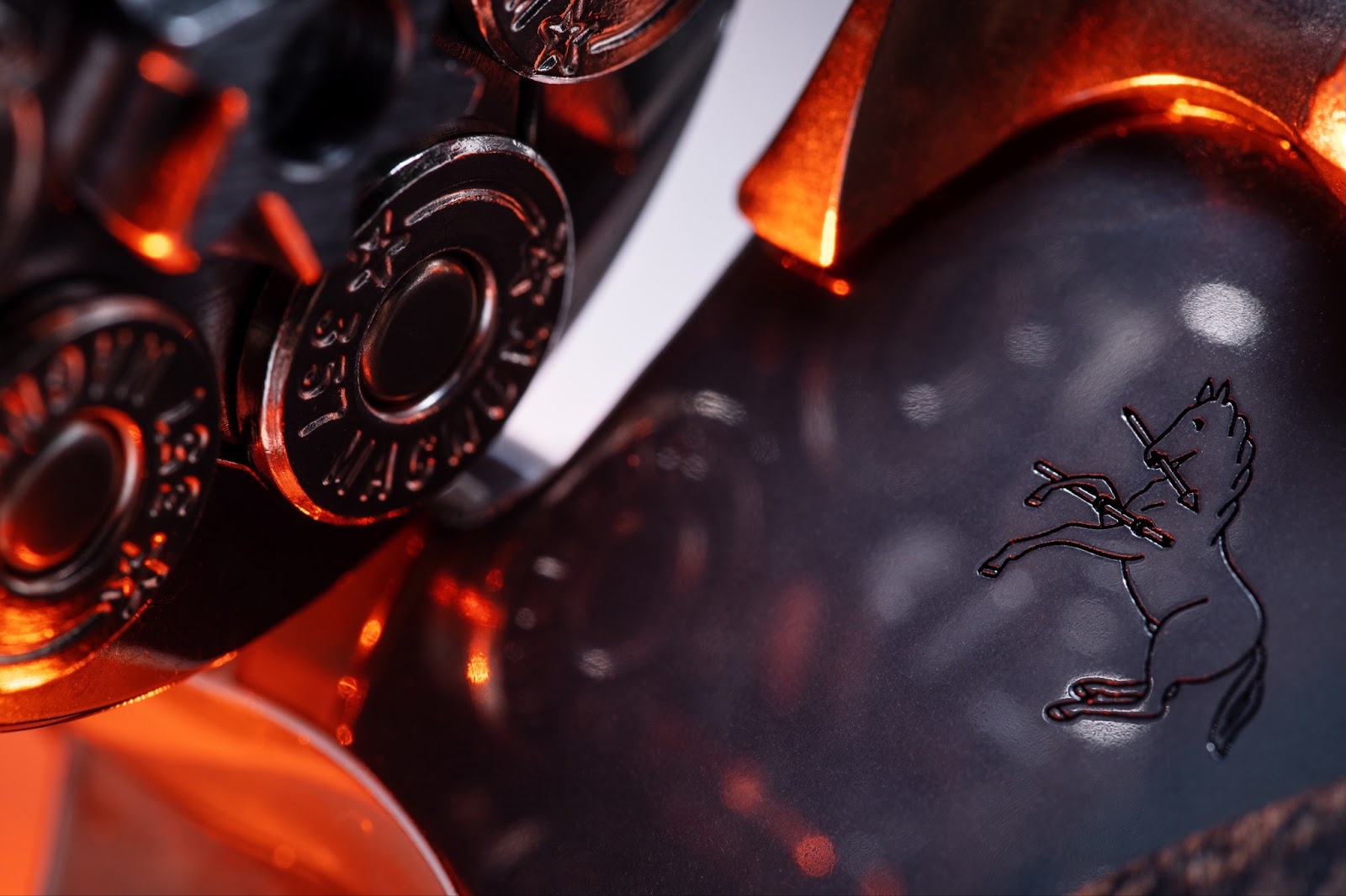 That wasn’t the end for the ol serpent though. In 2020, Colt announced they were producing new 4.25” and 6” nickel plated Pythons with a few updates. This year, 2022, they’ve announced a 3” model as well. All new Pythons are being made out of a slightly stronger stainless steel which reinforces the gun a bit as compared to the original. They also come with adjustable rear sights which has actually been semi polarizing. An appreciated update by most, some have said there have been issues with the quality of the sights and their ability to maintain zero. It seems to be a case by case issue though and not a widespread commonality. With original Python prices continuing to rise and with no signs of slowing down, these new production Pythons are no compromise in quality, all the while being a bit more affordable.

The Colt Python has been described as the “Rolls Royce of revolvers” by historians. Hell, Elvis collected Pythons and that dude was deemed pretty cool by everyone in the world. If you’re looking for an homage to the past, a collectors item, a flex on all your gun buddies and a beautiful, heirloom quality firearm, you should absolutely get your hands on a Colt Python. Whether it be original production or the more recent production model, you’ll grow a love and appreciation for revolvers and look real cool while doing so. 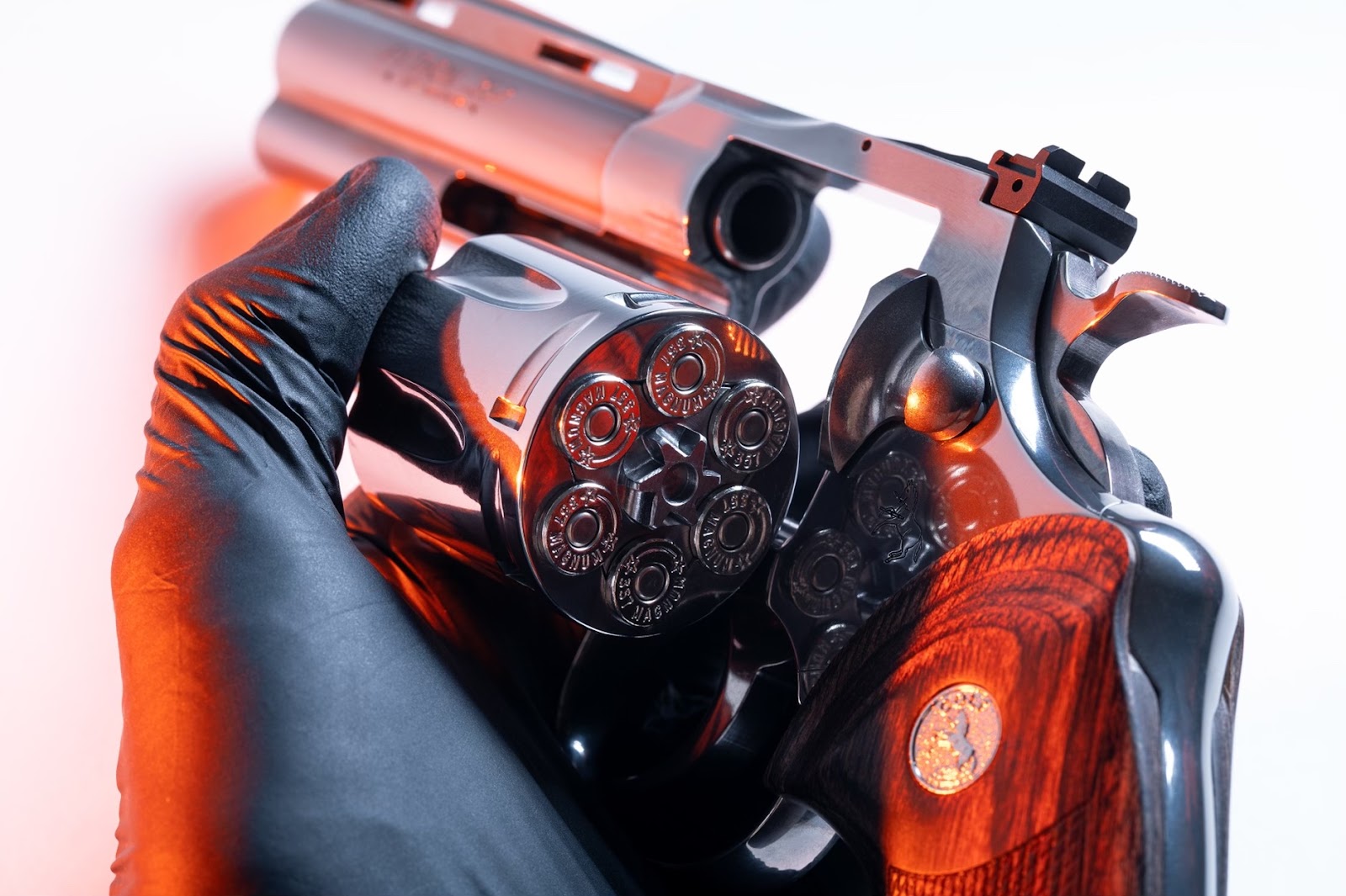